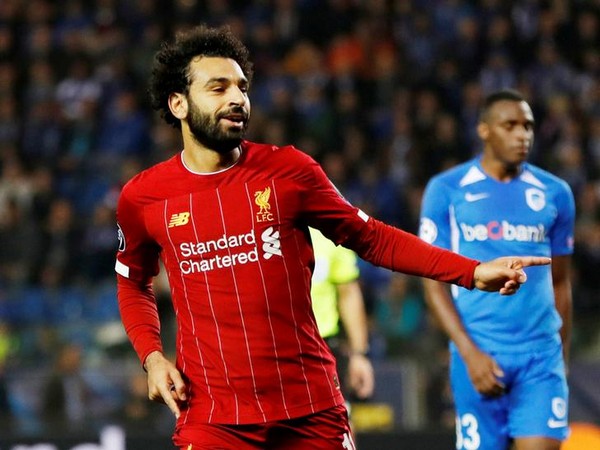 Leeds [UK], Nov 13 : Liverpool striker Mohamed Salah has withdrawn himself from the Egypt squad for this week’s Africa Cup of Nations qualifiers after aggravating an ankle injury.

The striker had gone onto score the side’s second goal against the defending champions, but he was later substituted in the 87th minute of the match.

Salah, then immediately joined the Egypt squad for the upcoming matches against Kenya and Comoros Islands. But after being assessed by the team physios, it was decided that the striker needed more time to allow the injury to heal properly.

Egypt’s medical team has also said that it is the same ankle injury which Salah sustained by Leicester City’s Hamza Choudhury at the beginning of last month.

At that time, scans had revealed that Salah avoided serious injury and as a result, he was able to return for Liverpool after missing just one match.

But after aggravating the injury again, Salah would return to Liverpool for further assessment.

Currently, the Reds have an eight-point lead at the top of the Premier League table. They were able to defeat defending champions Manchester City on Sunday.

They will next take on Crystal Palace in the tournament on Saturday, November 23.