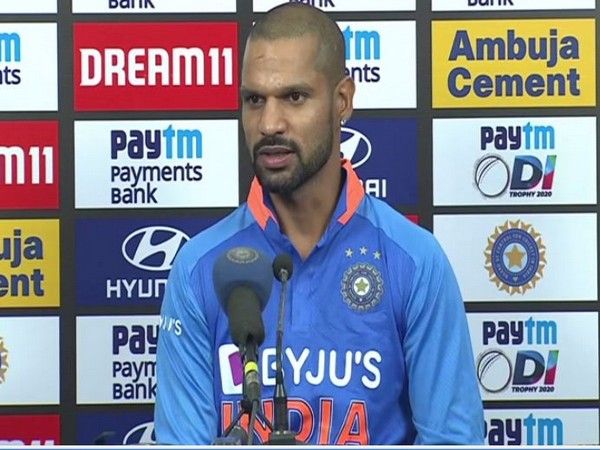 Mumbai (Maharashtra) [India], Jan 14 : After suffering a 10 wickets defeat at the hands of Australia, Indian cricketer Shikhar Dhawan said that middle-order collapse did not allow the team to post a big score.

“When KL got out, that time we planned to accelerate, then four wickets we lost in a clutter where we lost momentum. We were targeting 300 runs but due to the loss of wicket, we ended scoring fewer runs on that sort of a wicket,” Dhawan said at the post-match press conference.

The 34-year-old said that the team failed to take early wickets and were outclassed by the visitors.

“We could not take early wickets and they outplayed us. We will just analyze where we went wrong and mentally work on it. We are a strong team and we will get back strong” said Shikhar

Virat Kohli who generally bats at number three position but in today’s match KL Rahul played at his position and Kohli came at number four.

Dhawan said that captain Virat Kohli will decide where he wants to bat.

“It’s captain choice where he wants to bat,” he said.

Openers David Warner and Aaron Finch’s centuries propel Australia to a wicket victory over India in the first ODI. With this Victory, Australia now leads the three-match series 1-0.

After being put in to bat first, India scored 255 runs in their full quota of 50 overs. The second ODI between both teams will be played on January 17.