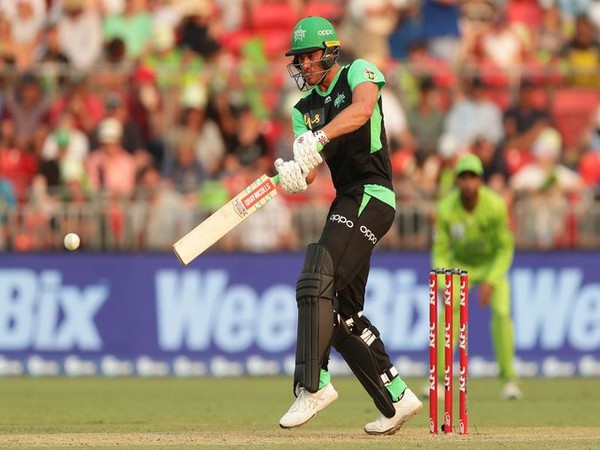 Melbourne [Australia], Feb 4 : All-rounder Marcus Stoinis on Tuesday was named as the Big Bash League’s player of the tournament.

He was given the accolade for the ongoing edition of the tournament. The match officials chose Stoinis after the conclusion of the group stage games.

Stoinis has been in remarkable form this season as he became just the second player to go past 600-run mark in a single edition.

“I am honoured to have been voted as the 2019-20 KFC Big Bash League Player of the Tournament. I love playing for the Melbourne Stars. This team is special to me and I love having the opportunity to run out onto the field with them,” Stoinis said in an official statement.

“We have got a big match against the Sydney Thunder on Thursday night and I hope to see our Team Green fans at the MCG to help get us over the line,” he added.

The Melbourne Stars opening batsman was in amazing touch on January 12 as he registered the highest individual score in the history of the tournament after registering a knock of 147 against the Sydney Sixers.

Stoinis finished top of the count with 26 votes, two clear of Sydney Sixers all-rounder Tom Curran and a further vote ahead of third-placed Alex Hales from the Sydney Thunder.

Melbourne Stars will next take on Sydney Thunder in the knock-out match to face Sydney Sixers in the final of the tournament on February 8.

Williamson ruled out of first two ODIs against India