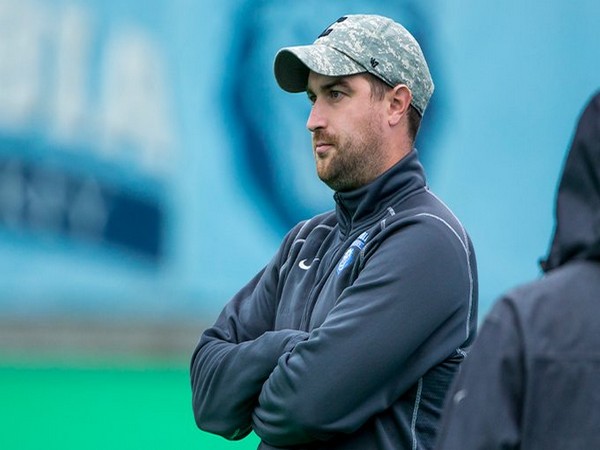 Colorado [USA], Jan 10 : Marc Hardy has been appointed as the assistant coach of the USA women’s hockey team.

Alongside head coach Caroline Nelson-Nichols, Hardy will instill his front-foot style coaching philosophy to help guide USA’s international pitch presence in 2020 and beyond.

“I am delighted to have Marc join the coaching staff. He has done very well with the US women’s National Development team and now has the opportunity to make an impact with the athletes on the senior squad,” USA Field Hockey’s Executive Director, Simon Hoskins said in a statement on Thursday.

Hardy brings a wealth of knowledge pitch-side having served as a coach both nationally and internationally and most recently being at the helm of the US women’s National Development team.

He is a USA field hockey Level 2 certified coach and plans on using his prior experience to lead the senior team.

Hardy got his first look into the American collegiate coaching system having spent the 2017 season at Columbia University. Prior, he served as the head of physical education at the Whitgift School (2012-2016).

“My experience working with various teams in England and my time as the US Women’s National Development Team head coach has equipped me with a broad knowledge base that I will draw upon over the upcoming FIH Hockey Pro League,” Hardy said.

“I am proud and honored to be appointed as the assistant coach of the USWNT. This is a very exciting time to be part of the programme and I cannot wait to get started working with the team,” he added.

The USA women’s hockey team will play their first 2020 FIH Hockey Pro League game on January 24 against world number one, the Netherlands, at Karen Shelton Stadium in Chapel Hill.