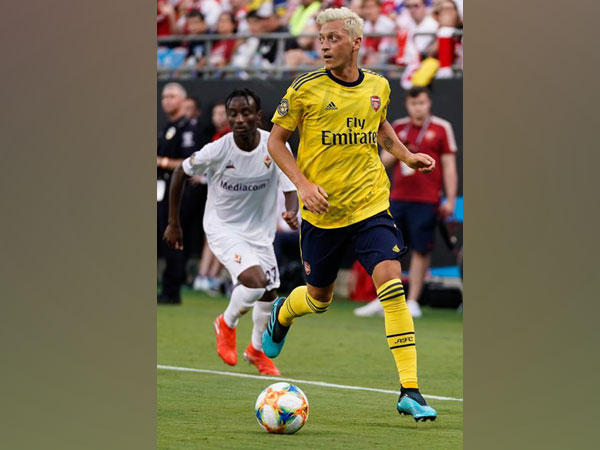 Smith pleaded guilty to the charges of attempted robbery and possession of cannabis while appearing at the Snaresbrook Crown Court via video link on October 3 and he was sentenced at Harrow Crown Court, Goal.com reported.

His accomplice, Jordan Northover, also pleaded guilty to the attempted robbery on Wednesday and will be sentenced at a later date.

In July this year, both Ozil and Kolasinac were chased in Golders Green, North London where a gang surrounded their black jeep around 5 p.m. (local time).

Leaving his car behind, Ozil ran into a Turkish restaurant fearing for his life after Kolasinac attempted to take on one of the assailants.

Waiters and chefs from the Likya restaurant rushed to the aid of the football stars, forcing the gang to flee empty-handed.

An Arsenal spokesperson had confirmed that the players were involved in an attempted carjacking, saying, “We have been in contact with both players and they are fine.”

“Police were called to Platts Lane, NW3, shortly before 5 p.m. (local time) on Thursday, July 25 to reports of an attempted robbery,” a police spokesperson had said.

Benzema should definitely have a place in France’s squad: Real Madrid coach Zidane

Prithvi Shaw will return to cricket in new version