Kwan Entertainment, a sports entertainment company has announced their associations with the Indian cricket star Shikhar Dhawan. The contract which entitled Shikhar Dhawan for a period of three years will include his off-field professional associations including endorsements, live appearances, and digital activation, besides some other business opportunities. 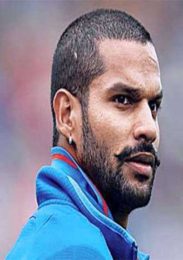 Kwan entertainment which earlier has featured several other prominent sports heroes has further strengthened its sports entertainment roster by bringing in Shikhar Dhawan on board.

In a bid to attain an aggressive marketing strategy, the move has probably been taken

Dhawan now will be now enlisted to the list of other prominent cricketers as Dinesh Karthik and Shubman Gill. Other notable sportspersons amongst its ranks include tennis superstar Sania Mirza and squash sensation Dipika Pallikal who have associated with the brand.

Speaking on the association, Indranil Das Blah, Founding Partner, and Co-CEO – KWAN Entertainment, said, “Sports is a key focus area for KWAN Entertainment, and our portfolio expansion is aimed at catering to the growing market demand in this space. Shikhar is an established, bankable superstar who has several accomplishments at both club and country levels. We are delighted to have him on board as part of the KWAN family, and look forward to driving mutual growth for each other.”

Shikhar plays for the Indian national cricket team across all formats, and for Sunrisers Hyderabad in the IPL. The explosive southpaw is a prolific run-scorer and has top-scored at the 2004 ICC U-19 World Cup, as well as at the 2013 and 2017 Champions Trophy tournaments.

Chris Gayle in talks with Poker’s promotion in India