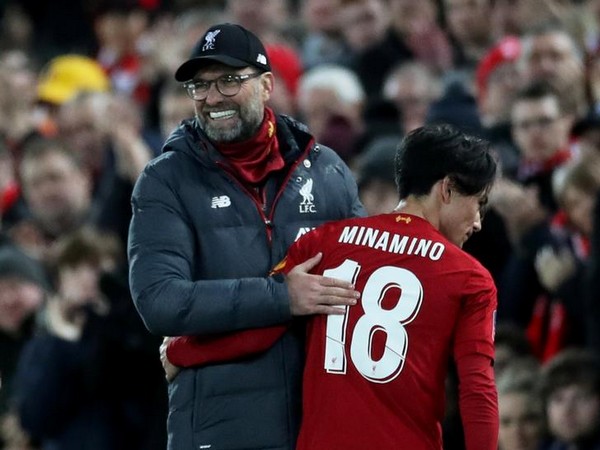 Leeds [UK], Jan 6 : After a victory over Everton, Liverpool manager Jurgen Klopp hailed Takumi Minamino saying that he is exactly the player they wanted.

Liverpool secured a 1-0 win over Everton on Sunday during their FA Cup clash. Curtis Jones scored the only goal in the match to hand Liverpool a victory.

Klopp said Minamino’s skills were exceptional and his attitude was outstanding.

“In your first game for a team you don’t know, it’s not a settled team, it’s already difficult. This team we threw together on the pitch with basically two sessions together, to show this sort of understanding, his football skills were exceptional and his attitude was outstanding,” he said.

Wishes pour in for Kapil Dev as cricketer turns 61