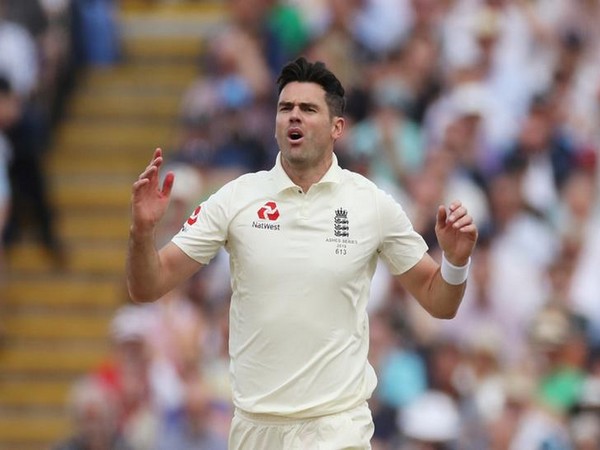 His remarks came as Afghanistan’s spinner resorted to ‘Mankading’ to dismiss a Pakistan batsman in the quarter-final of the U-19 World Cup.

“Can we sort out (remove) this law please @ICC #MCC,” Anderson tweeted. 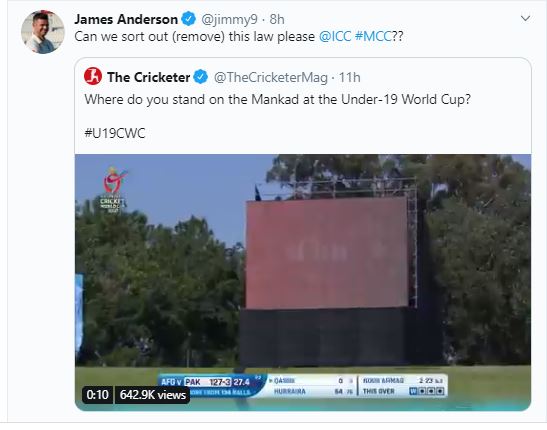 In the quarter-final, Noor Ahmed of Afghanistan used the Mankad mode of dismissal to dismiss Pakistan’s Muhammad Hurraira.

Noor Ahmed used the Mankad mode of dismissal to see off Pakistan’s well-set Muhammad Hurraira for 64!

According to the law, “If the non-striker is outside the crease at the point the bowler would normally be expected to release the ball, then it is within the rules to run him out.”

During the 2019 IPL, Ravichandran Ashwin also ended up dismissing Rajasthan Royals’ batsman Jos Buttler through the ‘Mankad’ and this riled up various cricketers and fans worldwide.