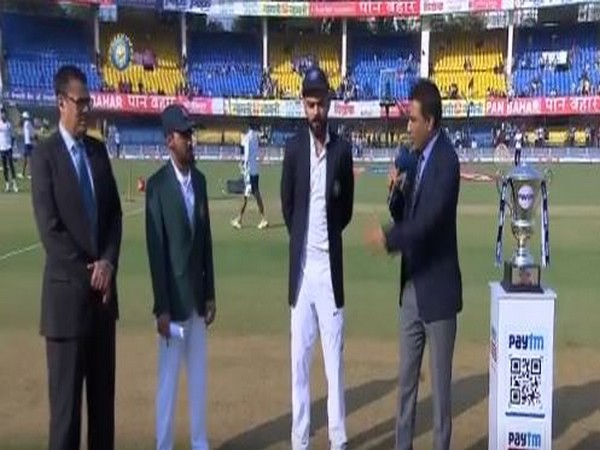 Indore (Madhya Pradesh) [India], Nov 14 : Bangladesh won the toss and elected to bat first in the first Test of the two-match series against India at the Holkar Cricket Stadium here on Thursday.

The series between the Asian cricketing giants is a part of the World Test Championship (WTC). Currently, India is at the top of the standings with 240 points from five matches.

Bangladesh decided to go into the match with seven batsmen and four bowlers. On the other hand, Virat Kohli announced that they are playing three seamers in the line-up.

Before the start of Test series, Indian skipper Virat Kohli said that the side would look to maintain the high standards that they have shown over the past few series.

“The challenge would be to keep up to those standards again and play that kind of cricket again which, I feel, the guys are in the frame of mind to do that. They are hungry, everyone looks very happy, anticipating the Test match,” Kohli had said.

Bangladesh was able to win the first T20I at Delhi, and en route they registered their first-ever victory over the Men in Blue in the shortest format of the game.

But the hosts were able to come back in the next two matches at Rajkot and Nagpur to win the series. In the final match of the series, Deepak Chahar starred with the ball as he recorded the best-ever bowling overs in T20Is.

Chahar had finished with the bowling figures of 6-7 in the match.

Cannot afford to play as many shots with pink ball, says Kohli