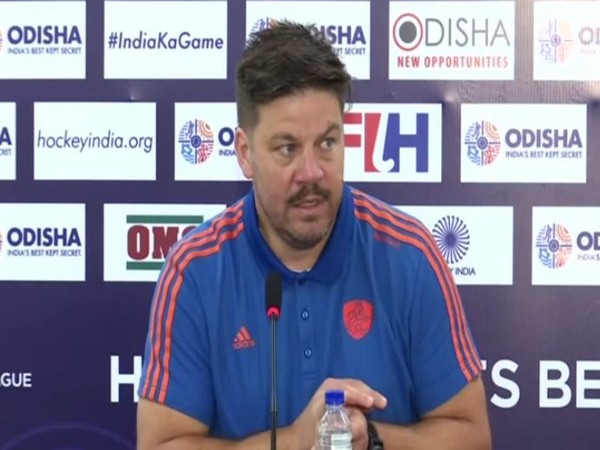 Bhubaneswar (Odisha) [India], Jan 18 : After facing defeat at the hands of India at FIH Hockey Pro League match, Netherlands coach Maximiliano Caldas praised the opponents and said that they played much better and deserved to win the match.

“In the third quarter I think we were not taking the ball as much we like to do and the game became like a tennis game. I think that suits the Indian style very well. They deserve to win today. They played much better than we did. Yes disappointed on one side but it is our first game and it going to be okay,” Maximiliano Caldas said at a press conference.

Caldas said that the Netherlands team played really well in the first quarter and dominated the game and held the ball for a longer period of time.

“We played a really good quarter-and-a-half. When we came two down until the break we dominated the game. We play like we wanted to play, we held the ball for long periods,” he said.

Netherlands skipper Billy Bakker said that the team did have possession and failed to control the ball hence host the match.

Gurjant Singh, Mandeep Singh, and Lalit Upadhyay scored one goal each for India while drag-flicker Rupinder Pal Singh netted a brace for the team.

Lalit was awarded the player of the match for his stunning performance in the game. India will again take on the Netherlands here on January 19.