An Indian Online Poker makes history by raising $3M in Series A funding. 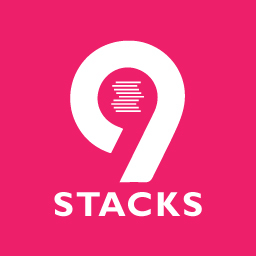 9Stacks, an Indian Online Poker platform has made history by becoming maiden poker centric platform in India to complete a Series A funding ground.

On Monday, 9Stacks announced that it has raised 28 crore ($3 Million USD) as in fund having WaterBridge Ventures and the startup’s team of investors.

In a later statement, the poker portal says that it has more than 100,000 subscribers as in their User Base.

“India is at the cusp of massive online gaming adoption with an exponential increase in players and revenue expected in this sector,” said WaterBridge Ventures Managing Director Manish Kheterpal. “Real-money gaming will have a significant wallet share of online due to ubiquitous mobile access [in India], increasing disposable income, convenience and superior user experience.”

9stacks said that it will use the funding to ramp up user acquisition, data analytics, machine learning, as well as product and market expansion. The poker platform is seeking to become “the preferred” site for online poker in India.

“With Waterbridge Ventures becoming the lead investor in our series A fund raise, we are delighted to announce that 9stacks is India’s first online poker company to reach this funding milestone,” said 9stacks CEO Sudhir Kamath. “This is a great sign of confidence in the 9stacks team, the systems and processes we’ve put in place, in addition to the rapidly growing market.”

The Start up which was instituted just last ear stated in a relase that recently they have taken 26 of its best users to the World Seires of Poker held in Las Vegas. And notably two amongst them have finished in the list of top 100 at the main event.

According to 9stacks, other Indian online gaming portals, such as Dream 11, Ace2Three and RummyCircle, have raised institutional investment rounds for their respective segments.

The poker portal has gotten the former world no Indian chess maestro Viswanathan Anand as in their brand ambassador for an Indian poker league.

Recently, in a bid to make the game of poker more competitive in nature, 9Stacks has added Indian’s First ”Skill Dashboard” where online gamers can carry the poker game having in-depth analyses of their own strategy.

Amid such immense opportunity in India has attracted interest from poker industry heavyweights such as PokerStars and the World poker Tour.