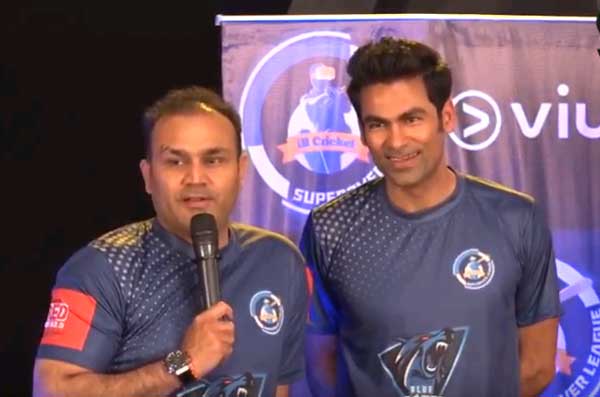 Major news for all cricket enthusiasts out there, Viu is going to present the world’s first virtual cricketing reality show,‘iB Cricket Super Over’ on March 15, 2019.

Making a history in the world of Virtual Sports industry, the iB Cricket Super Over promises to present a ‘boom-boom’  cricketing  experience to the cricket lovers by calling on-board legendary line up of cricketers.

The founder of Viniyard Films is bringing forth this VR Cricketing league.

There will be 12 matches in the league having two star cricketers clashing against each other in every super over match.

Speaking about the League cricketer Virender Sehwag said, “It’s amazing that cricket is embracing new technologies to create this new format of cricket league. This way, the sport is growing big and garnering love from all generations. Also, I’m very excited to play against my buddies, in the iB Cricket Super Over League after a long time.” 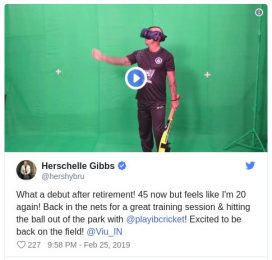 A recent tweet from South African hard hitter Herschelle Gibbs goes trending. He has just announced a special debut in cricket.
He says, “What a debut after retirement! 45 now but feels like I’m 20 again!
Back in the nets for a great training session & hitting the ball out of the park with @playibcricket! Excited to be back on the field!”
This isn’t the first time Viu has done a show in the field of sport. The platform set the ball rolling via cricket comedy chat shows like What the Duck, Googlies and Virender Sehwag’s micro-original Viru ke Funde.
Here are the teams that are going to face each other:
Blue Blasters: Sehwag, Shubman Gill, and Kaif
Orange Chargers: Vvs Laxman, Prudhvi Shaw, and Andre Russel
Yellow Strikers: Suresh Raina, Chris Lynn, and Brendon Mc Cullum
Black Thunders: Harbhajan Singh, Herschelle Gibbs, and Tillakaratne Dilshan