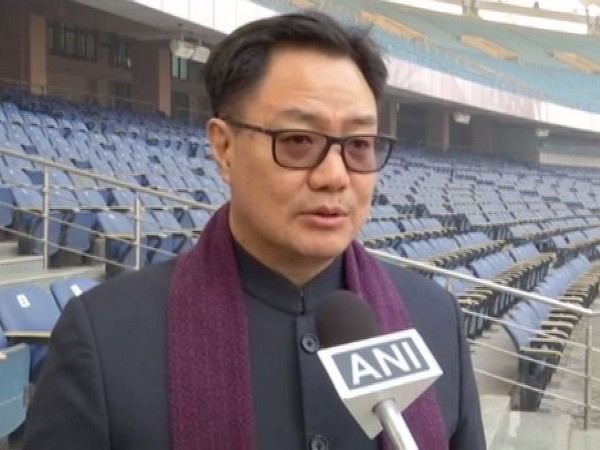 New Delhi [India], Dec 30 : Union Minister for Youth Affairs and Sports Kiren Rijiju on Monday said that boxer Mary Kom is a legend and Nikhat Zareen has the potential to follow in her footsteps and added that the country is proud of both the pugilists.

His remarks came after Mary Kom refused to shake hands with Nikhat Zareen after the final round of the women’s boxing Olympic qualifiers trials on Saturday. The six-time world champion defeated Zareen 9-1 in the 51kg category and booked a berth for the Olympic Qualifiers Asia-Oceania.

“Too much of issues are created on this! Mary Kom is a legend who has achieved what no other boxer has ever achieved in the World Amateur Boxing. Nikhat Zareen is an amazing boxer who has the potential to follow the footsteps of Mary Kom. India is proud of both of them. Period…,” Rijiju tweeted.

Earlier this year, Zareen had demanded a ‘fair chance’ to contest the Tokyo Olympic qualifiers. On October 17, she had written to the Sports Ministry challenging the Boxing Federation of India’s (BFI) decision to accommodate world champion Mary Kom by changing its rule of exempting gold and silver medallists from the World Cup.

Five female boxers including Mary Kom have secured their spot for the Olympic Qualifiers.

The Olympic Qualifiers Asia-Oceania for women will take place from February 3 to 14, 2020 in Wuhan, China.

Ponting named Kohli as skipper of his Test team of decade