Indian Star cricket Hardik Pandya has added one more brand to his ever rising list of brands endorsement and sponsorship portfolio. 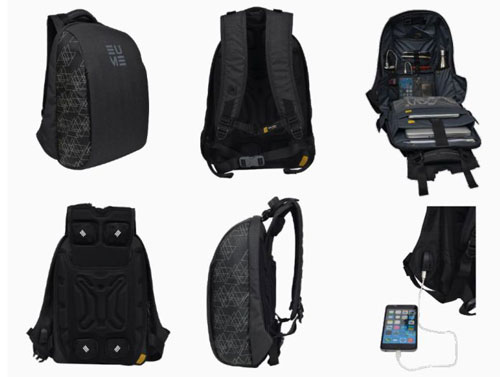 Hardik Pandya who is known for his quirky hair style and other offbeat style quotient and youthfulness is a rising all-rounder of the playing 11 in Indian national cricket team.

The technology according to the company information is currently patented in India and pending in the United States.

Within a short period of time, Hardik has marked his place into major brands’ promotional campaigns, all due to his superb performance on the field both at domestic and international grounds and quirky style statement and impressive hairstyle, which makes him out of clutter.

In his list of brand roster, the all-rounder has plethora of impressive deals in his brand roster including Gulf Oil, Sin Denims, Digital payment and recently added sportswear Brand DFY that has made him their brand ambassador.

According to the company, EUME backpack is perfect for bisexuals, between an age group of 18-45 years and it helps in stimulating the nerves and muscles of the back body which subsequently eases the mind.

Available with 1 USB with two external ports, the first port built-in comes with charging cable that with the help of power bank offers convenient charging of users electronic devices like phones, tablet and music player; and another port is micro-USB that can help user to charge their power bank from an external electronic source.

Last month, the company had successfully reached its funding goal on the first day of its crowdfunding campaign on Kickstarter. “We are thrilled to have this successful start of the campaign. However, we don’t want to stop here,” said EUME co-founder Naina Parekh.

“We want our patent pending massager backpacks to reach masses and create a revolution. Our line of backpacks is specially designed to alleviate back pain, reduce stress on the muscles and be sleek and cool at the same time.”