In India cricketers’ brand value is nowhere less than a Bollywood celebrity. 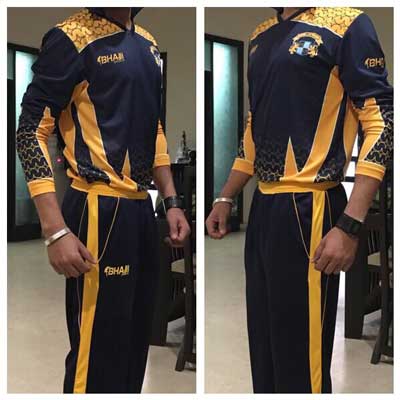 Owing to this reason, cricketers are trying their hands in different forms of business off the field and cricket matches. The phenomenon can be understood as being big-money making business ventures where the owner i.e. the cricketers themselves are the promoters as well as brand image carrier of the company.

While talking about contemporary, Indian cricketing payers crew, who has entered into such business ventures are doing great then Virat Kohli, MS Dhoni and Yuvraj Singh can be said to be trend setter in the list.

Besides, these above-mentioned cricketers who run their own Athleisure or other sportswear company, Harbhajan Singh also roped in to the world of Sports Lifestyle domain which goes by his name.

It will be interesting to know that, veteran off spinner of Indian Cricket team, Harbhajan Singh runs a business with a brand name of ‘Bhajji’ which at present has a toll of 200 stores across the country.

Now, according to latest reports Harbhajan Singh has extended his chain of outlets out of India by opening a store in Toronto. Harbhajan gets his wife Geeta Basra’s support in doing so who plays an important role in segregating Harbhajan Sports Lifestyle Business.

With the launching of the company in 2007, Harbhajan envisages to offer the best cricketing equipment and sportswear to upcoming budding cricketers in the country. The brand ‘Bhajji’ which has excelled up to 18 crores of business annually has been working great as in official kit partner.

Till the date, the brand has worked with several state based Ranji team like Punjab, Jammu and Kashmir, Himachal Pradesh and West Bengal. Notably, the brand Bhajji is also being called as an official kit partner of Canadian cricket team.

According to some reports, there is an estimation that the former off spinner is about to open more Bhajji brand stores in other countries.