Understanding the burgeoning needs of Sports infrastructure in India, Great Sports Infra tries to fill the age-old gap of such dullness. 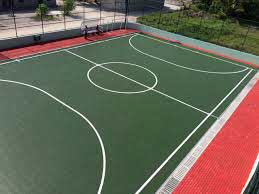 At the time when there was Indian Sports are taking a new shape amid CWG Games in Delhi of 2010 and official announcement in 2013 that India is going to host U17 Football World Cup in 2018 and now Men’s Hockey World Cup this year in Odisha, Great Sports Infra anticipating the golden turf for business left no stone unturned and jumped into a business of turf and sporst infrastructure. GSI  instituted its official business house in Hyderabad, the then capital city of Andhra Pradesh now Telangana in the year of 2004.

GSI has delivered India’s first ever FIFA standard Artificial Turf Football field in Goa after which the company headed to the south Asian regions in the wake to tap the market like Mauritius and nearby south Asian markets.

GSI makes use of innovative technology in practice, which let them to develop and design stadiums at significantly at lesser cost and in lesser time.

Realising the same, they have exhibited the same by completing a stadium of 15,000 people capacity for the government of Mizoram in less than 7 months of time.

Apart from that, GSI has also helped Government of Karnataka in transforming iconic M.Chinnaswamy Stadium of Bangalore city into the most ideal venue to conduct cricket matches which was early infamous for being washed away due to incessant rains.

The turf company which started by introducing next-generation long-pile artificial grass for sports and landscaping have now extended their products line voraciously which goes as follows:

In its 14 years of experience, GSI has installed over 6000 sports and Landscaping sites across the 7 countries, which includes 10,000,000 (100 Lakh) ft. of Artificial Grass & Sports surfaces installations.

Owing to its remarkable contribution and consistent performance in delivering state-of the art sports infrastructure services, GSI has been conferred with many accolades including CII “Emerging Entrepreneur Award 2012”, “Awarded ‘Top 100 SME Companies in India’ out of 49,023 nominations, by India SME Forum”, “Skoch Achiever Award 2015”, “Star Entrepreneur” by Indira Innovation Foundation.

Being widely acclaimed amongst its clients which ranges from Corporates, PSUs, Restaurants, Clubs, hotels and different genres of sports for GSI there is  a long way to go making Indian Sports Infrastructure a world class one.