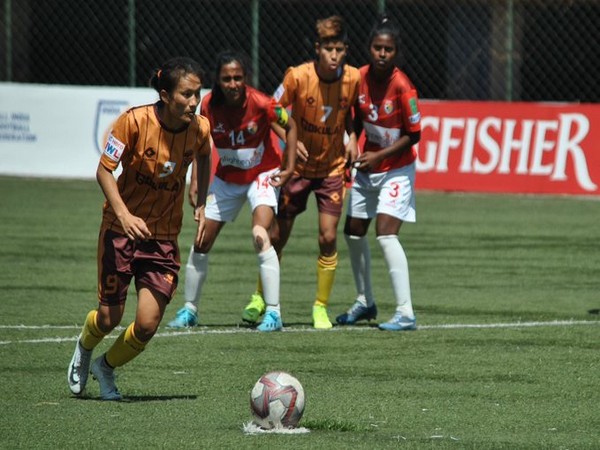 The result also confirms Kenkre FC’s progress to the last four, who are now five points clear of Sreebhumi.

Bangalore needed to win to have any chance of progressing into the final set of group fixtures, but are now officially out of the running.

The locals got off to a poor start and fell behind after just three minutes. Komal Kumari’s outstretched leg deflected a cross into her own net as Gokulam struck first, though with a bit of fortune.

BUFC responded quickly, however, and just two minutes later, Satyabati Khadia latched onto a cross-field delivery from Purnima Rao and with Aditi Chauhan off her line, Khadia went for an audacious lob over the Gokulam keeper and found the back of the net in what was a truly magnificent effort.

Sabitra Bhandari’s lightning strike rattled the upright in first-half stoppage time as BUFC survived a barrage of Gokulam attacks to go into the break on level-pegging.

The second half turned out to be a different story. Just 25 seconds after the game had resumed, Gokulam’s talisman Sabitra Bhandari scored a towering header past Vinaya Seshan to hand her side the lead again.

In the 51st minute, Kamala Devi made it 3-1 for Gokulam after rounding off the keeper in a one vs one situation before Komal Kumari’s reckless challenge on Bhandari earned the Malabarians a penalty. Kamala Devi stepped up and did the job from 12 yards to make it 4-1.

The floodgates were now open and Supriya Routray’s outrageous shot from about 35 yards from the left flank with the outside of her foot left the crossbar shaking.

The rampage was sealed in the third minute of stoppage time when Kamala Devi glided past three defenders to complete her hat-trick in style.

Stoinis ‘unlucky’ to be left out: Ricky Ponting