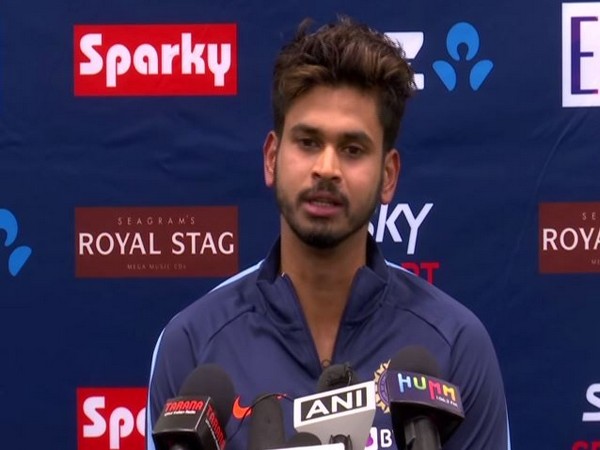 Hamilton [New Zealand], Feb 5 : After facing a defeat at the hands of New Zealand, India batsman Shreyas Iyer said the team will take positives from the match and bounce back in the next games.

“We have got that confidence in our team and in ourselves that we are going to bounce back strong and we have done it in the past. We just have to take positives from this game and move forward,” Iyer said in the post-match press conference here on Wednesday.

India suffered a four-wicket defeat against New Zealand in the first ODI despite racking up a massive total of 347 runs on the board. Iyer, who scored his maiden ODI century in the match, said New Zealand batsmen batted really well.

“They batted really well and credit goes to them. To chase a target of 348 is not easy. It was a very good win for them,” he said.

Ross Taylor’s unbeaten 109 runs powered New Zealand to chase the target and gain a 1-0 lead in the three-match ODI series.

KL Rahul also played a crucial role in helping India put up challenging total as he scored 88* runs off 64 balls.

Praising his teammate, Iyer said: “KL Rahul has been batting magnificently well. He has been in tremendous touch and there is a lot to learn from him as a batsman, the way he plans his innings and takes on the bowlers.”

The second ODI between both teams will be played on February 8.

Wishes pour in for Bhuvneshwar Kumar as he turns 30