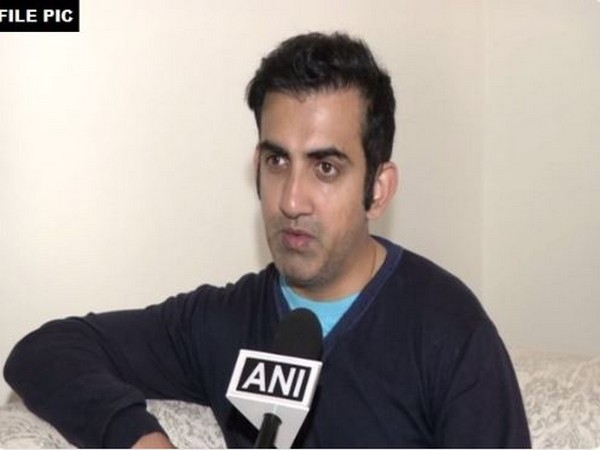 New Delhi [India], Dec 29 : Former cricketer and BJP MP Gautam Gambhir on Sunday urged the Board of Control for Cricket in India (BCCI) president Sourav Ganguly to dissolve Delhi and District Cricket Association (DDCA) after a brawl broke out in the association’s annual general meeting (AGM).

Taking to Twitter, Gambhir shared a video of DDCA’s AGM incident in which the members were purportedly seen fighting on the stage. Gambhir demanded sanctions and a life ban for those who were involved in the brawl.

Gambhir wrote, “DDCA GOES “ALL OUT”…AND DDCA IS ALL OUT FOR A SHAMEFUL DUCK. Look, how handful of crooks are making mockery of an institution. I’d urge @BCCI @SGanguly99 @JayShah to dissolve @delhi_cricket immediately. Surely, sanctions or even a life ban for those involved.”

“The AGM was disrupted by supporters of DDCA general secretary Vinod Tihara after resolution three, four and removal of Justice (Retd) Badar Durrez Ahmed was defeated by almost 75 per cent of the members,” a source said.

“The supporters of Tihara also manhandled MLA Om Prakash Sharma. After their agenda was defeated meeting was deliberately disrupted. The attendance register was also snatched,” the source claimed.

The DDCA member discussed five agendas in the meeting, which included the passing of annual accounts, the appointment of Statutory Auditors, Re-appointment of retiring directors, adoption of new articles and appointment of Ombudsman.

All the resolutions and agendas were passed by the thumping majority. The meeting was attended by stalwarts like Dr Narinder Druv Batra and SP Bansal.

Liverpool ambition is to be most successful in Premier League, says Klopp