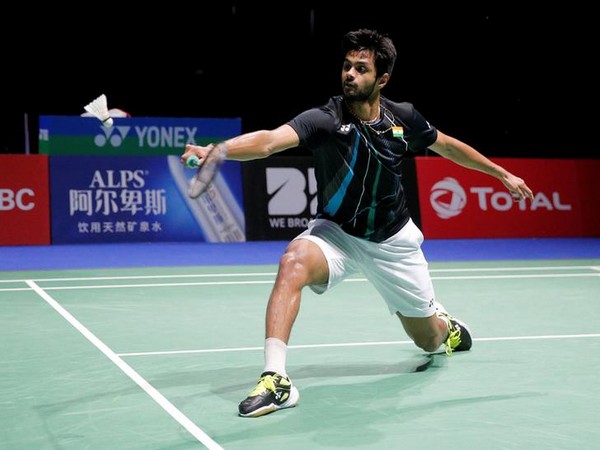 Fuzhou [China], Nov 7 : Indian shuttler Sai Praneeth was knocked out of the Fuzhou China Open after facing a defeat against Denmark’s Anders Antonsen 20-22, 22-20, 16-21 in the second-round match here on Thursday.

In the 84-minute long encounter, Praneeth outclassed his opponent in the second game after losing the first. However, in the third game, Antonsen defeated Praneeth to proceed to the next round.

Earlier in the day, Parupalli Kashyap was knocked out by Denmark’s Viktor Axelsen 13-21, 19-21 in a second-round match.

The mixed doubles pair Satwiksairaj Rankireddy and Ashwini Ponnappa were also knocked out from the tournament after losing to South Korea’s Seo Seung Jae and Chae YuJung 23-21, 21-16.

Yesterday, shuttler Saina Nehwal crashed out of the Fuzhou China Open after losing the first-round match to China’s Cai Yan Yan 21-9, 21-12 in an encounter that lasted 24 minutes.

Determined to do everything for a win, says Floyd Pinto