It will be the first time that India will have two flag bearers for the opening ceremony in the forthcoming Tokyo Olympics. London Olympics bronze medallist MC Mary Kom and men’s hockey team captain Manpreet Singh will be the ones who will be unfurling the tricolour at the opening ceremony of the much-awaited sporting competition. However, as confirmed by the Indian Olympic Association (IOA), Indian wrestler Bajrang Punia has been chosen as the flag-bearer for the closing ceremony which will be held on August 8.Indian Hockey Team

According to the Olympic channel website, men’s hockey team captain Manpreet Singh said, “I think it’s a huge honour to be named the flag bearer for the opening ceremony alongside the incredible Mary Kom. I have always been inspired by her journey in boxing and personally, this is a big moment in my career, and it is also a huge moment for hockey.”

“I am looking forward to the responsibility at the opening ceremony in Tokyo,” he added.

Mary Kom to be conferred with Padma Vibhushan, PV Sindhu to get Padma Bhushan
Also Read

Well, this will be the first time that India has got the opportunity to showcase two flag-bearers at the Olympics’ opening ceremony. During the grand opening ceremony parade, the flag bearer at the Olympic Games is a symbolic leader, who is the first person in charge to march his/her country’s delegation out. The person who is the flag bearer proudly displays the country’s flag during the parade.

Tokyo Olympics in Japan will be Indian boxing ace Mary Kom’s second Olympics, whereas it will be the third one for Manpreet Singh. It is observed that Mary Kom will now be the third woman after Shiny Abraham Wilson (Barcelona 1992) and Anju Bobby George (Athens 2004) to carry the flag for India. Whereas Manpreet Singh will be the sixth hockey player to carry India’s flag at the opening ceremony of the Olympics.

In past, there are many Olympic medallists who have been India’s flag-bearers, such as legendary Dhyan Chand, Balbir Singh Sr, Abhinav Bindra, Sushil Kumar, Zafar Iqbal, Leander Paes and Rajyavardhan Singh Rathore. Former hockey captain Balbir Singh Sr is the only Indian athlete to carry the flag at two different Olympic Games i.e. in 1952 and 1956.

However, Abhinav Bindra, gold-medallist from Beijing in 2008, was the flag bearer for India at the 2016 Rio Olympics opening ceremony. Whereas Olympic silver medallist shuttler PV Sindhu did the same in the closing ceremony.

The Indian contingent for Tokyo Olympics will feature around 120 athletes, who will be competing for 85 medal positions. The competitors will be accompanied by 75 officials to Japan. 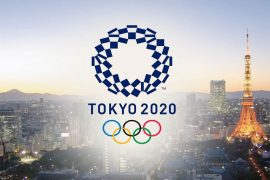 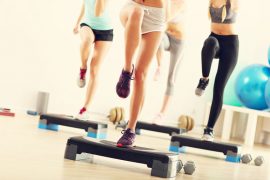 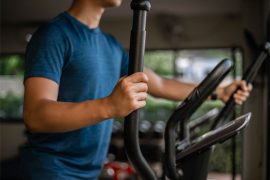