IPL 2022 mega auction is scheduled to be held in last week of December or first week of January. Prior to that all the existing  eight franchises have announced the names of the players retained by them and submitted the list to the authority. Adding to this new teams Ahmedabad and Lucknow will be allowed to pick from the pool available. New teams will be picking 3 players each until December 25.

Collosal number of stalwarts are still in their respective teams rather some surprising names are also in dropped out list.

According to the rules and regulation enlisted to govern IPL goes like, every team has retention rights of certain number of players who were most beneficial to them in the current season. Presently the number of players to be held back in the brigade is capped 4 players per team. IPL teams generally vouch on purple cap holder, orange cap holder and all round performers and retain them to carry on in the upcoming seasons. 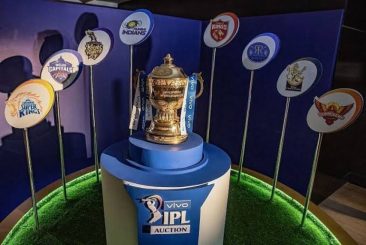 MI has retained multiple-title-winning skipper Rohit Sharma, along with fast bowler Jasprit Bumrah, and batsman Suryakumar Yadav and West Indian all-rounder Kieron Pollard is the overseas player they are holding back.

CSK, the defending champions have retained Ravindra Jadeja, the cool dude captain MSD , the run machine and orange cap holder for 2021, Rituraj Gaikawad. while appalling was they have given preference to Moeen Ali over south African blaster Faf du plesis. 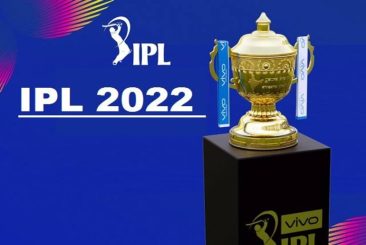 The Hyderabad side also retained their captain Kane Williamson. The other two names came as a bit of surprise – fast bowler Umran Malik and batting all-rounder Abdul Samad. With their present skipper KL Rahul opting to enter the IPL mega auction 2022, the Mohali side picked batsman Mayank Agarwal and one of the revelations of IPL 2021 – left arm fast bowler Arshdeep Singh.

A salary purse of Rs 90 crore is what teams have received to build their IPL 2022 squads. The eight existing franchises – Mumbai Indians, Chennai Super Kings, Royal Challengers Bangalore, Kolkata Knight Riders, Punjab Kings, Rajasthan Royals, Sunrisers Hyderabad and Delhi Capitals – were allowed to retain upto four players this IPL season. After this exercise ended, the two new franchises – Lucknow and Ahmedabad – will be allowed till December 25 to pick three players each from the remaining pool of players from their allotted a budget of Rs 33 crore.

As far as the player costs are concerned, franchise are charged Rs 16 crore for the first player they retain, Rs 12 crore for the second player, Rs 8 crore for the third player and Rs 6 crore for the fourth and final pick. So, in all, a franchise will be debited Rs 42 crore from their kitty if they choose to retain four players.

As far as the nationalities go, of the four retentions, existing franchises can pick a maximum of three Indian capped or uncapped players, or two overseas players. They can at most retain two uncapped Indian players.