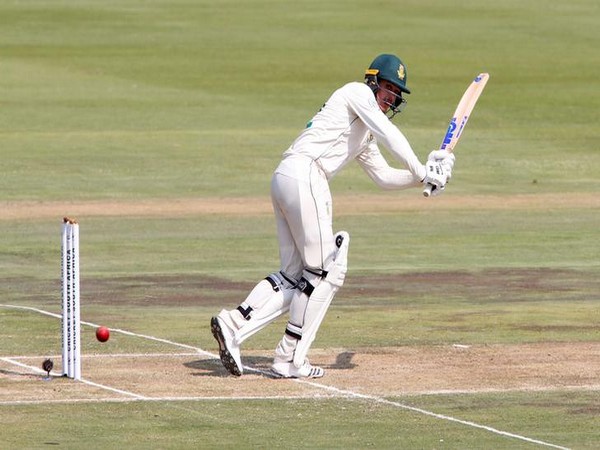 Centurion [South Africa], Dec 27 : After playing a 95-run knock against England on the first day of the first Test, South Africa’s Quinton De Kock said it felt like he was playing his debut game all over again.

Prior to the series against England, South Africa made quite a few changes to their backroom staff. Firstly, former skipper, Graeme Smith was appointed as Interim Director of Cricket. Mark Boucher has been given the role of coaching the side, while former all-rounder Jacques Kallis was roped in as batting consultant.

“I said to Bouch the other day, it felt like I was playing my debut all over again. There have been a lot of changes and a lot of things have happened. As a team we want to turn things around,” sport24.co.za quoted De Kock as saying.

“There has been a lot of talk and a lot of things done off the field when it comes to practices and that stuff. I felt re-energised getting into the series with all the changes and now that there is structure. I think the guys are very happy at the moment and hopefully, it goes well for us,” he added.

De Kock came into bat with South Africa at 111/4, and he quickly took the game to the opposition as he hammered England bowler for regular boundaries.

“I was not trying to go at whatever strike rate I was going at. I was just trying to get myself in good positions and show some intent. Whether I was scoring runs or not I just wanted to make sure I was getting my head in the game and compete out there. When I started finding rhythm it started happening,” De Kock said.

De Kock was finally sent back to the pavilion by Sam Curran in the 72nd over.

South Africa ended the day at 277/9 with Vernon Philander unbeaten at 28.

The hosts are currently at the bottom of the World Test Championship (WTC) standings. They were defeated 0-3 by India earlier this year. The side also failed to reach the semi-finals of the ICC Men’s Cricket World Cup.