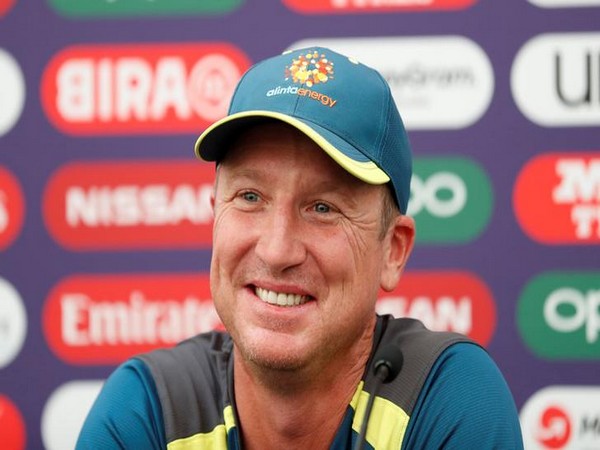 New Delhi [India], Dec 18 : Ahead of the Indian Premier League (IPL) player auction, Sunrisers Hyderabad’s assistant coach Brad Haddin on Wednesday said that he feels privileged to be part of the side’s set up and is looking forward to work with the players.

Sunrisers’ official handle posted a video on Twitter and captioned the post as: “A message from our assistant coach Brad Haddin before the #IPLAuction! #SRH2020Unlocked #SRH2020 #RiseWithUs”

“I feel very privileged to be a part of the Sunrisers family. You have got a good tradition here, both on and off the field. Just looking forward to playing my role and continue the success of the Sunrisers have had in the past,” Haddin said in the video.

Before the IPL auction, Sunrisers released just five players from their squad while they retained 18 players.

Here is the list of the team’s retained and released players:

On December 13, it was announced that a total of 332 cricketers will be auctioned in Kolkata on December 19 for the 13th edition of the IPL.

While 997 players had initially registered, the final list has been pruned after the eight franchises submitted their list of shortlisted players.

Robin Uthappa is the only Indian player with a base price of Rs 1.5 crore. Piyush Chawla, Yusuf Pathan and Jaydev Unadkat have set their base price at Rs 1 crore.

A total of 186 Indian players, 143 overseas players and three players from Associate Nations will be auctioned. Hugh Edmeades will be the auctioneer.

Shaheen Afridi to play for Hampshire Cricket in Vitality Blast