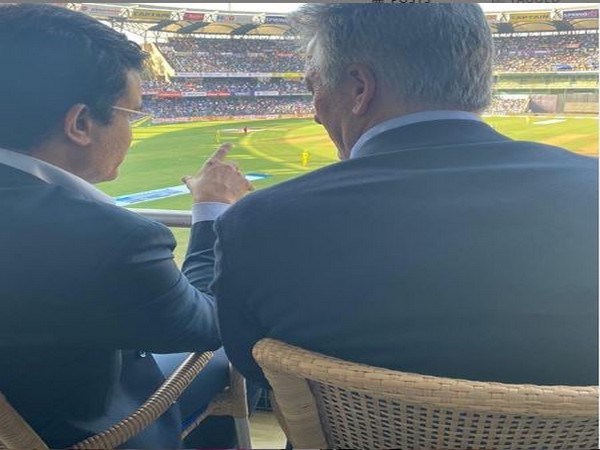 Mumbai (Maharashtra) [India], Jan 15 : During the first ODI of the three-match series between India and Australia, cricketing fans at Wankhede Stadium got a reason to celebrate as Sourav Ganguly and Steve Waugh were seen sitting together and chatting about the game.

Australia may have defeated India by ten wickets in the first ODI, but the fans were pleased to see both former greats of the game watching a cricket match together.

BCCI president Ganguly shared a photo along with Waugh on Instagram and captioned the post as: “Competed with this man for a long period .. tremendous respect”. 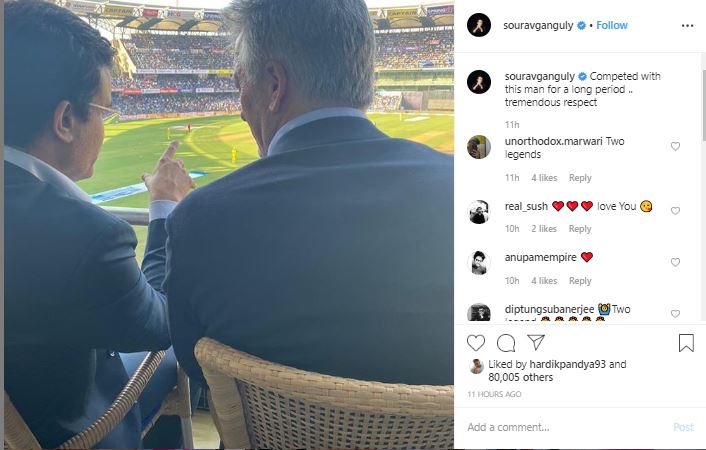 As soon as Ganguly posted the photo on the social media website, fans started pouring in their love for the duo.

Indian spinner Harbhajan also did not waste the chance to comment calling the duo ‘legends’.

Ganguly and Waugh have been part of many memorable matches between India and Australia.

The 2000-01 and 2003-04 series between both the countries are remembered till date. The 2003-04 series was the swansong for Waugh as he bade adieu to international cricket at the Sydney Cricket Ground (SCG).

The current BCCI president is also remembered for frustrating Waugh during the 2000-01 series. It has been said often the ‘Prince of Kolkata’ used to make Waugh wait for the toss before the start of every Test match.

Ganguly went on to make more than 7,000 runs in the longest format of the game, while Waugh registered 10,927 runs.