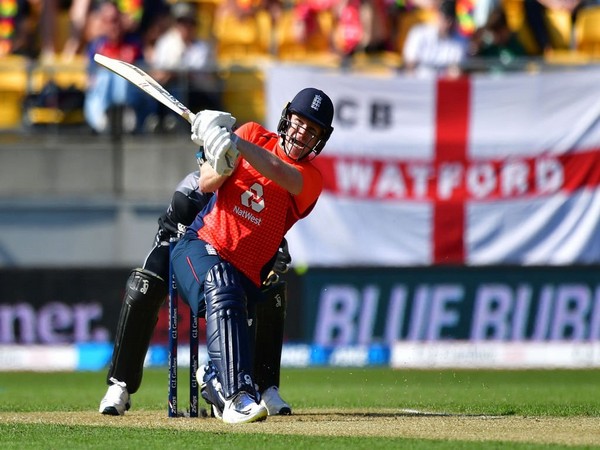 Auckland [New Zealand], Nov 10 : After registering a 3-2 series win over New Zealand in the five-match T20I series on Sunday, England skipper Eoin Morgan hailed the side’s bench strength and added it will give the team’s management a real good headache ahead of the series against South Africa.

The final match of the series between both the sides went into a super over and England managed to come out triumphant by nine runs.

“It creates a really good headache for us when it comes to selection. We are further ahead than we thought and the guys on this tour who will probably miss out on South Africa have raised that benchmark for guys who come back in.

They are now almost expected to score runs and expected to do well because of opportunities given and taken by these guys,” ESPNcricinfo quoted Morgan as saying.

The fifth match between England and New Zealand was a curtailed affair as rain played spoilsport and the match was reduced to 11-overs per side.

The Kiwis posted a score of 146/5 in 11 overs and England posted the same score for a loss of seven wickets and as a result, the game went into a super over.

In the series, England batsman Dawid Malan scored a century in the fourth game and it helped the side to post a mammoth score of 241 runs.

Sam Curran was another bowler who impressed in the series as he took six wickets and managed to control the run-rate.

“I think giving guys that common goal and watching them strive towards it is the biggest indicator. If we get guys that are not running off the last ball of the game because they want to get a not out, there’s something to address,” Morgan said.

England will now take on the Kiwis in the two-match Test series and the first match will be played in Tauranga from November 21-25.