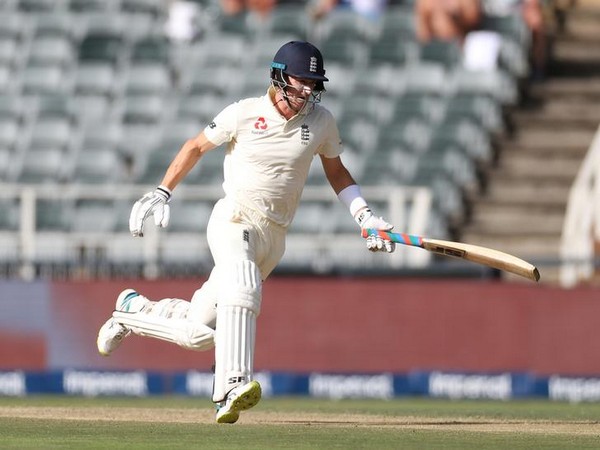 Johannesburg [South Africa], Jan 24 : England reached a score of 192/4 on day one of the fourth and final Test match against South Africa on Friday here at the Wanderers.

The first session of the day saw no game as rain played spoilsport.

England, who had won the toss and opted to bat first, got off to a steady start as openers Zack Crawley and Dom Sibley put on 107 runs for the first wicket.

South Africa finally got the breakthroughs of both Sibley (44) and Crawley (66) in the final session of the day and the visitors were reduced to 116/2.

Joe Root and Joe Denly then put on 34 runs for the third wicket, but their resistance was cut short by Dane Patterson as he dismissed Denly (27) in the 43rd over, reducing England to 150/3.

Anrich Nortje provided the key breakthrough for South Africa as he sent back in-form batter Ben Stokes (2) in the 46th over to put England in a spot of bother.

Root and Ollie Pope ensured that the side does not lose any more wickets before the close of play on day one. Root and Pope are currently unbeaten on 25 and 22 respectively.

Great feeling to finish match with a six: Shreyas Iyer