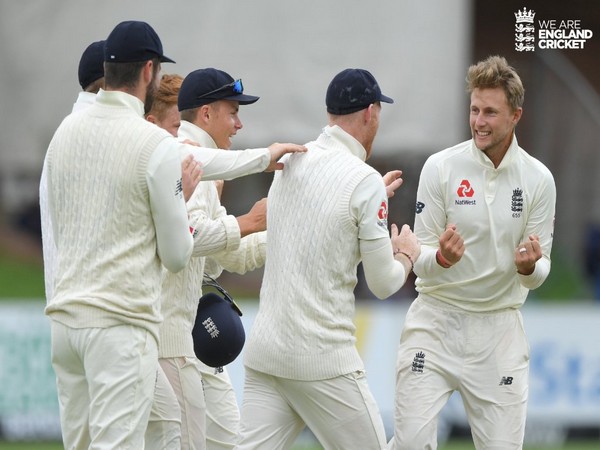 Port Elizabeth [South Africa], Jan 19 : South Africa is in danger of falling behind in the four-match series, after being reduced to 102/6 in the second innings on day four of the ongoing third Test against England here at the St. George’s Park.

In the second innings, South Africa once again got off to a bad start and the side was reduced to 44/3 in the 28th over. Dean Elgar (15), Zubayr Hamza (2) and Pieter Malan (12) all failed to leave a mark with the bat.

Rassie van der Dussen and Faf du Plessis then put on 22 runs for the fourth wicket, but their resistance was cut short and the side quickly found itself at 83/6.

Vernon Philander and Keshav Maharaj ensured that South Africa does not lose wicket before the close of play on day four. Philander and Maharaj remained unbeaten on 13 and 5 respectively.

Resuming day four at 208/6, the hosts lost their last four wickets cheaply and went on to add just one more run to their overnight score. Stuart Broad cleaned up the tail and as a result, England enforced the follow-on.

India colts off to winning start, defeat Sri Lanka in U19 CWC