In a bid to stand in solidarity of the flood-hit Kerala, Kolkata based football club Quess East Bengal raised funds from spectators after their Kolkata football League game against Aryan Club on Saturday Night. 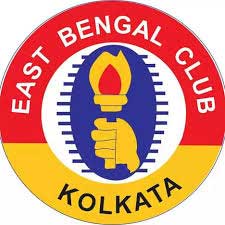 Seeing the disastrous state of the flood in Kerala, Liverpool FC, and the premier league club also offered its support. The CEO of the Liverpool club Peter Moore promised to aid the Kerala flood victims after the team’s official supporters club, the Kerala Reds, sought help.

Moore took to Twitter and posted a message, promising every possible thing they could do to help the people of the state. “Dear @KeralaReds Our international supporters liaison team will be in contact to see what we can do to help. Thank you for reaching out, and please know that all of us here @LFC are thinking about you in this time of extreme difficulty #YNWA,” he wrote. Kerala, which has a huge fan base of European football in general and Liverpool in particular.

Back in Kolkata, East Bengal striker Joby Justin, who hails from Kerala became the face of the fund raising process and was at the forefront of Gold Brigade and Red players who were holding a banner which read ‘Save Kerala, Save Humanity’. He said “I will remember this for my entire life. When I will become a former footballer and sitting in Kerala, this is a story I will tell my grandchildren,”.

The players went around the entire ground to collect funds after their Saturday’s game which they won by 3-0. However, there is no official announcement of the amount collected as in fund.

In the post-match ceremony, East Bengal’s Laldanmawia  who was named  as the Man of the Match, for his power packed performance, has also donated his entire received sum to the victim of the flood-hit Kerala.

The death toll has reached to 370 due to such incessant rains and devastating flood as two more deaths were reported on Sunday. Rescue operations continue in the major hit districts of Alappuzha, Ernakulam and Thrissur.

Kerala is facing the heaviest rains and consequent widespread floods and destruction since 1924, which the state estimates has caused a loss of over Rs 195 billion.