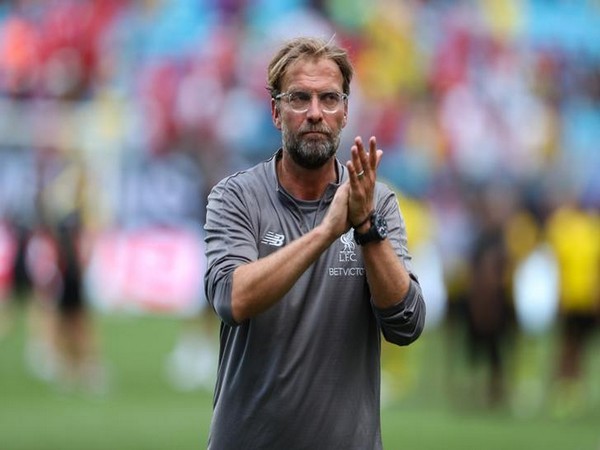 Zurich [Switzerland], Nov 12 : Liverpool coach Jurgen Klopp said that he does not feel any pressure about winning the upcoming FIFA Club World Cup, but sees it as an opportunity.

“So far, I don’t feel any pressure. I see it as an absolute opportunity as you do not often have the chance to play for it. You have to win the Champions League as the European team, so that already makes it special. We knew it would feel great when we won the Champions League, but then we had no real clue how it would be around the European Super Cup,” fifa.com quoted Klopp as saying.

“So, we played it and it felt really great and really big. When we go there, we will be prepared and looking forward to it. The boys want to play it, so it will be very interesting, and it will feel big for us, hundred per cent,” he added.

Liverpool has never won the FIFA Club World Cup. They finished as the runners-up in 2005.

“I am not someone who has to be the first on the moon or the first winning the World Cup with Liverpool, but when we are there then we will try with all we have. The very interesting and difficult part as well is that we will be playing against teams from other continents, which doesn’t happen that often – maybe a Mexican team, maybe a Brazilian team – and it will be a tough one for sure,” Klopp said.

The Reds will play against Monterrey, Al-Sadd or Hienghene Sport in the semi-finals of the tournament on December 18.

Liverpool won the Champions League earlier this year and qualified for the Club World Cup.

Currently, it is at the top of the Premier League table with 34 points from 12 matches.

Liverpool will next take on Crystal Palace in the Premier League on Saturday, November 23.