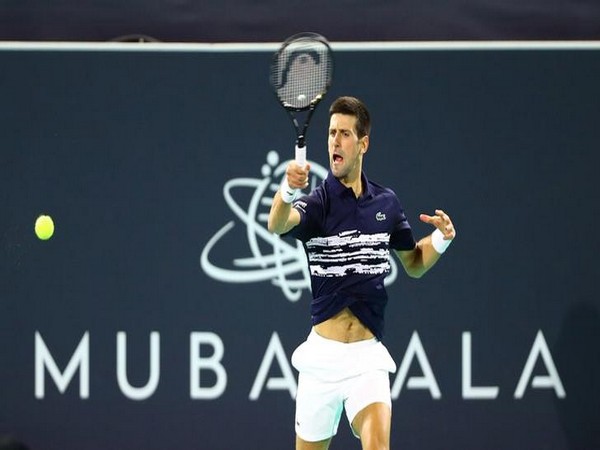 Taking to Twitter, Djokovic wrote, “Yes, @MariaSharapova I would like to match your $25k donation to double the aid sent to these communities. We stand by you, #Australia.” 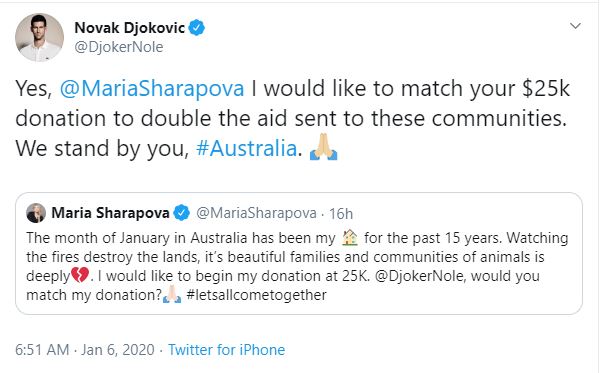 The world number two player joined Russia’s Sharapova in coming to the aid of the people grappling with the massive bushfires.

“The month of January in Australia has been my home for the past 15 years. Watching the fires destroy the lands, it’s beautiful families and communities of animals is deeply. I would like to begin my donation at 25K. @DjokerNole, would you match my donation? #letsallcometogether,” Sharapova tweeted. 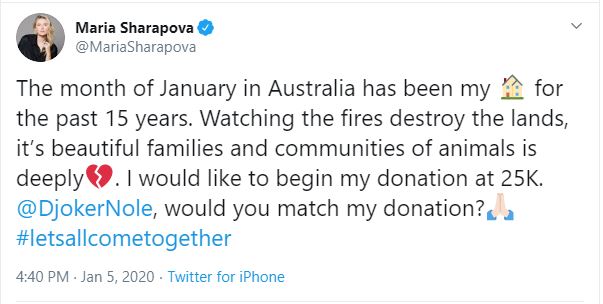 Wildfires have been raging across Australia for months, killing 23 people and burning about 6 million hectares (23,000 square miles) of bushland, CNN reported.

Naval and air rescue operations were launched on Friday as mass evacuations of towns at risk of being engulfed by flames got underway.

Earlier, Australia cricketers Chris Lynn, Glenn Maxwell, and D’Arcy Short said that they will donate 250 dollars each for every six they hit in the ongoing Big Bash League (BBL) to support the firefighters who are fighting the bushfires.