Cricket South Africa has announced the selected venues to host the six T20 leagues in the wake for successful completion of initial assessment process, carried by the Nielsen Sport, a well know figure in the particular field of expertise. 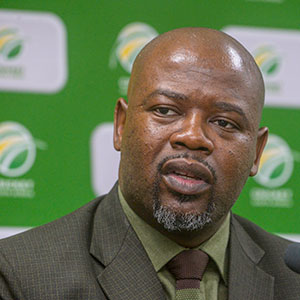 Cricket South Africa is yet to acknowledged names of the sponsors, teams, players and fixtures for their T20 competition which is again yet to be named.

“The buzz phrase for the independent assessment [which formed part of a stadium grading process of first-class venues] was the ‘fan journey’ which starts with the fans’ arrival at the stadium and includes the full package of transport options both to and from the stadium and traffic management‚ ease of access‚ safety and security arrangements‚ catering‚ and interaction activities and opportunities specific to the fan experience‚” a CSA release quoted chief executive Thabang More as saying.

“From our observations of other T20 Leagues around the world and competitions in other sporting codes it has become clear that the fan experience is all important.

“Our research has shown us that the match day experience is enhanced by fans leaving their seats‚ either to engage with other fans in different areas of the stadium‚ to partake in various sponsor and event activations or to cheer and support their favourite team or player.”

That’s if South Africans have the chance to be part of all that‚ what with last year’s inaugural edition of the league postponed and little known about a competition that is scheduled to start on November 9.

But Moroe’s resolve seems unshakeable: “We have every confidence that the plans our members have come up will enhance these expectations for the T20 League.”

Under Armour signs Sixer’s Embiid for a five year deal