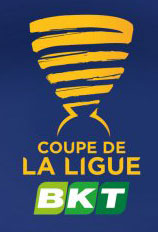 Coupe de la Ligue, which has already entered the round of 32 for the current season, is a premier French League Cup knockout cup competition organised by LFP. Established in 1994, the tournament is only open to professional clubs in France which play in country’s top three football divisions.

A premier French League Cup knockout cup competition organised by LFP, Coupe de la Ligue has already entered in the rotund of 32. Established in 1994,the league is only open to professional clubs in France which play in country’s top three football division.

BKT, a manufacturer of off-road tyres used in specialist segments like mining, earth-moving, agriculture and gardening, will be the Coupe de la Ligue’s title sponsor for the next six seasons until 2024.

Under the multi-year agreement, the tournament will now be known as ‘Coupe de la Ligue BKT’. The exact length and financial terms of the deal were not revealed.

Indian Manufacturers of Off road tyres which are used in hardcore jobs like mininh, earthmoving,, agriculture and gardeining will reamina the the Coupe de la Ligue’s title sponsor for the next six seasons until 2024.

the multi-year deal whose actual figure has not been public, will also be known as ‘Coupe de la Ligue BKT’

Didier Quillot, LFP Chief Executive, said, “The LFP is very happy to welcome BLT as naming partner of the Coupe de la Ligue. This agreement demonstrates the increasing appeal of the Coupe de la Ligue. At a moment when international development is a priority for the LFP, this partnership with BKT also offers a unique opportunity to foster our links with the economic world of India.”

“This is, in fact, the first time that an Indian company has made a significant investment in football. With the help of BKT, we hope to get Indian broadcasters to become more familiar with Ligue 1 Conforama.”

Arvind Poddar, BKT Chairman/Managing Director, “As of today, we are undertaking a new marketing initiative in the world of French football. I’m really happy with what is unfolding. For us, sport is synonymous with engagement, determination and a strong will to win – that is to say, overcoming difficulties while respecting opponents.”

“BKT is a multinational group that pays attention to the market, to new challenges and to opportunities favourable to growth and competitiveness. This is a new adventure that will reflect our tried and trusted values.”

Aurion brings forth a qualitative punching bag of International grade