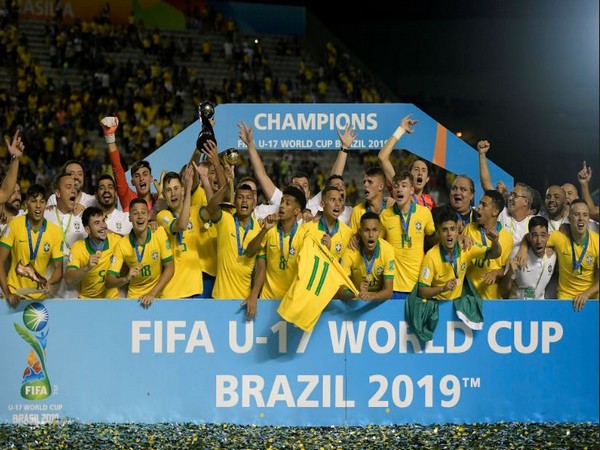 Brasilia [Brazil], Nov 18 : Brazil secured a 2-1 win over Mexico in the final to lift the FIFA Under-17 World Cup trophy here on Monday.

With this victory, Brazil have taken their World Cup titles tally to four.

Bryan Alonso Gonzalez Olivan scored the opening goal of the match in the 66th minute to hand Mexico a 1-0 lead over the hosts. However, Kaio Jorge scored an equalizer in the 84th minute of the match through penalty.

As the match was inching closer to the full-time, Brazil’s Lazaro Vinicius Marques netted a goal in the 90+3rd minute and handed his side a win.