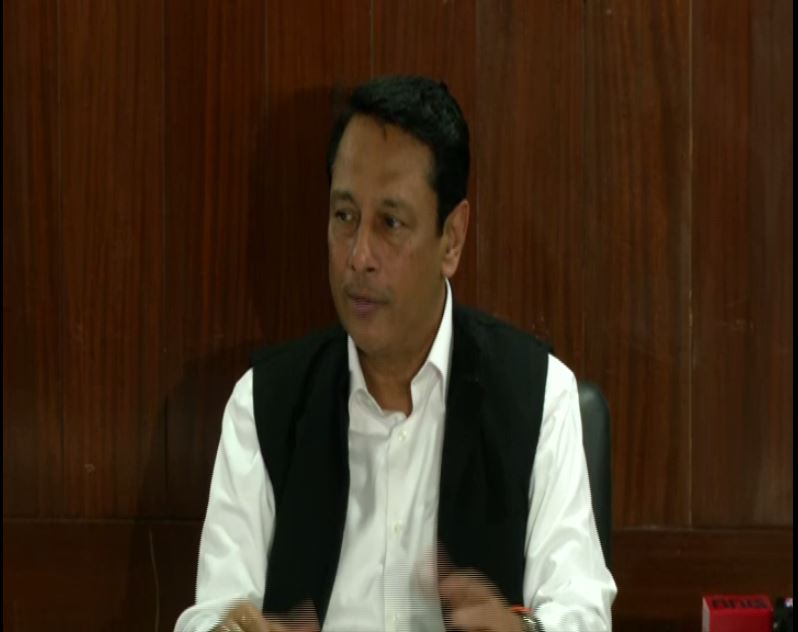 New Delhi [India], Nov 7 : All India Tennis Association’s (AITA) CEO Akhouri Bishwadeep on Thursday shed light on how Rohit Rajpal was made the non-playing captain for the Davis Cup fixture between India and Pakistan.

He also confirmed that Mahesh Bhupathi had told the federation that he is not willing to travel to Pakistan as his family is against the decision. Bishwadeep also said that all the decisions were taken thinking that the Davis Cup tie would be played in Islamabad.

“Over the period of the last three months, there have been detailed letters between AITA and ITF, however no indication of venue change was there in the letters. As on September 28th, 2019, Mahesh Bhupathi had conveyed that he had spoken to each individual player and no one was comfortable in going to Pakistan. He suggested that AITA should ask for a venue change and if they do not get it, then keep fighting for losers spot,” Bishwadeep told reporters.

“It was agreed by the Pakistan federation that the tie would not be open to the public, it would be just an invitation tie. On the basis of this meeting on October 15, the federation also approached Leander Paes to travel to Islamabad. He had given his acceptance in favour of national duty. Bhupathi had already told us that he would not go to Pakistan as his family was not in favour of him travelling to the neighbouring country,” he added.

He also said that in a meeting it was decided that India would indeed play the fixture even if it meant that the side had to play in Pakistan.

Bishwadeep also explained the thought process behind not making Leander Paes the non-playing captain for the Davis Cup.

“An immediate meeting of AITA was called then in which all concerned parties were there when it comes to India and it was decided that even if the tie is not shifted from Islamabad, it was decided that India would not forfeit the tie or take the losers spot as it was too prestigious. We were putting pressure on Pakistan federation and ITF to look after the security,” Bishwadeep said.

“If the tie was to be played in Islamabad, it was important to find a captain who is willing to go to Pakistan. It was decided that Paes should not be given captaincy as he was a playing member and he should not be burdened with additional responsibility. We have always had a non-playing captain so, under these circumstances, Rohit Rajpal was asked to be the captain. He agreed to take the responsibility if offered,” he added.

Rohit Rajpal, who was made the non-playing captain said that he has always been taught to never say no to national duty and has immense respect for Bhupathi.

“I was appointed and asked to lead the team for the tie against Pakistan. I was told that Leander would be playing and as a result, he could not be made captain. Anand Amritraj was also discussed for being the captain, but he lives in LA and it was not practical to make him captain for just one match. So under these circumstances, I was asked to lead the team. I come from a family, where I have been taught and one cannot say no to national duty,” Rajpal said.

“I did not want our team to forfeit the match and give the win to Pakistan on a platter. I just said that give me a team. Mahesh has been very close to me so has Leander Paes. I have tremendous respect for Mahesh, we live in a democracy and everyone has their own choice. It’s okay if you are not willing to travel to Pakistan. It was just about finding guys who were willing to travel to Pakistan to defeat them in the Davis Cup tie,” he added.

On Wednesday, Bhupathi had said that he still believes that he is still the non-playing captain of the Indian Davis Cup team.

“I have not heard from the AITA since Monday or after the ITF addressed the player’s concerns on the venue and approved a neutral location – so I am available and believe in am still Captain unless I hear otherwise! Glad to “comment” when I know what I know,” he tweeted.

On Monday, ITF had shifted India’s Davis Cup tie against Pakistan to a neutral venue following the latest advice by the ITF’s independent security advisors.

Time to put everything into preparation for Olympic games: Rupinder Pal Singh