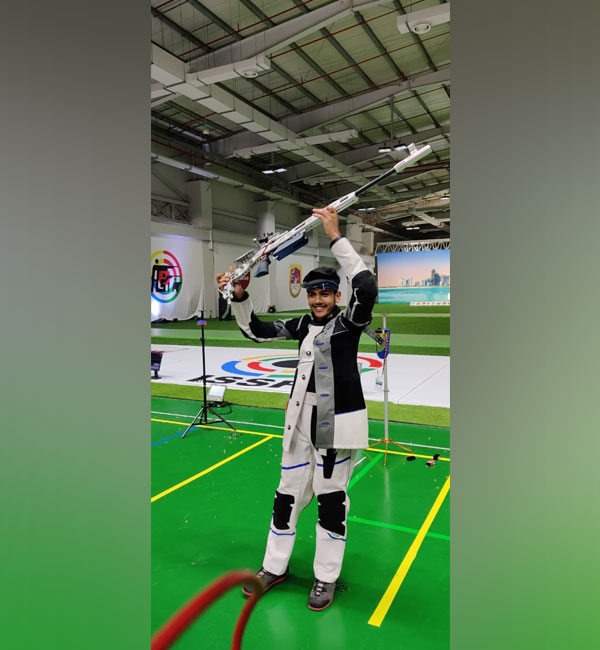 India has never won 13 Olympic quotas in the sport ever before. The contingent had won a best-ever 12 quota places in the run-up to the Rio Olympics 2016.

Later in the day, the Indian contingent will get a chance to improve their quota count.

Aishwary, who hails from Ratanpur village in Madhya Pradesh’s Khargone district, showcased an impressive performance to bag the bronze medal. This is his first stint at the senior level.

He carried on the form from Junior ISSF World Cup. In the lead up to Asian Shooting Championship, Aishwary defeated Sanjeev Rajput in domestic competitions to force himself into the senior team.

On Sunday, he shot 1168 in the 120-shot qualification round and never went outside the top eight. The contest composed of Chinese world number three and a Korean world number nine besides an experienced Yuri Yurkov of Kazakhstan and Mahyar Sedaghat of Iran.

There were two Chinese opponents in the final but they could not claim quotas as China had exhausted their maximum two in the event and the Korean Kim Jonghyun had also sealed his quota at the Munich World Cup earlier this year.

That left shooters from Iran, Kazakhstan, Mongolia and Thailand besides Aishwary, fighting for the three available Tokyo berths.

Aishwary’s splits were 151.7 after the first 15 Kneeling position shots and he recorded 156.3 after the same number of shots in the Prone position, before finishing with 449.1 to claim a bronze medal.