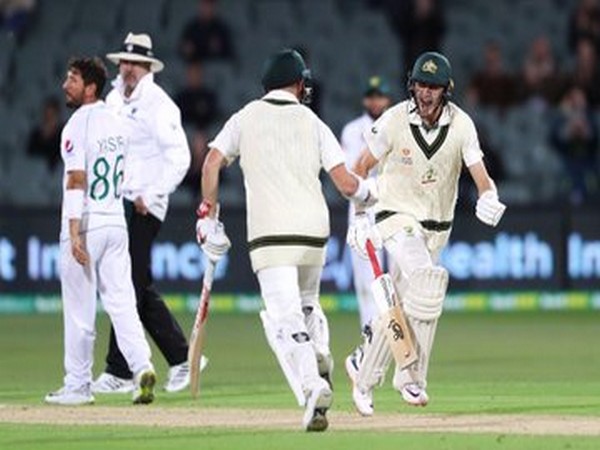 Adelaide [Australia], Nov 29 : David Warner and Marnus Labuschagne guided Australia to a dominating position on the first day of the day-night Test against Pakistan at Adelaide Oval here on Friday.

Australia, after opting to bat first in the second Test of the series, were at 302/1 at stumps on day one.

Joe Burns and Warner started the innings for the Aussies. The team suffered an early blow in the fourth over. Burns (4) was scalped by Shaheen Shah Afridi.

Labuschagne joined Warner in the middle and stitched an unbeaten stand of 294-run for the second wicket. Warner and Labuschagne remained unbeaten on 166 and 126 runs respectively.

Australia defeated Pakistan by an innings and five runs in the opening match of the two-Test series.

For the second match, Pakistan has made three changes to its playing XI and has brought in Musa Khan, Mohammad Abbas, and Imam-ul-Haq.

Australia is currently at second place in the World Test Championship (WTC) standings with 116 points while Pakistan is yet to open its account.

We aim to be in top ten in US Olympics 2028: Kiren Rijiju