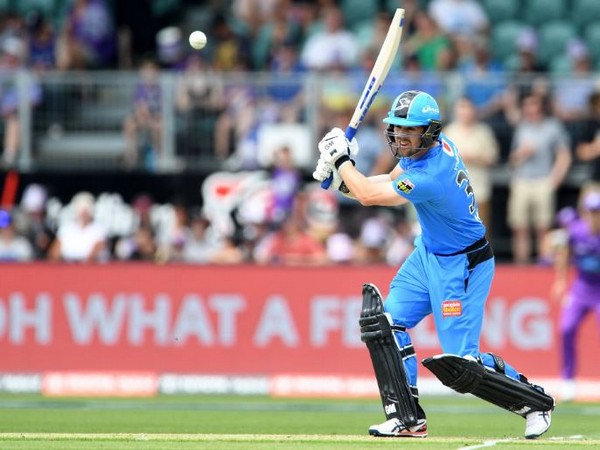 Chasing a target of 187 runs, Hobart Hurricanes witnessed a poor start as Michael Neser took the wicket of Matthew Wade (5) in the very first over of the innings.

Caleb Jewell too failed as he only scored 10 runs before Wes Agar dismissed him. Jake Doran and David Miller then took the charge and added another 43 runs on the board but Agar ended the partnership by dismissing Doran (28).

Ben McDermott then took the field and joined Miller on the field. McDermott played a fast-paced knock of 31 runs from just 17 balls before Peter Siddle took his wicket.

Miller played some brilliant shots and completed his half-century. However, Miller failed to form a good partnership as his side kept losing wickets. Despite Miller’s unbeaten knock of 90 runs, Hobart Hurricanes failed to chase the target.

After being asked to bat first, Adelaide Strikers had a decent start but opener Phil Salt only managed to score 13 runs before he was sent back to the pavilion by Scott Boland in the third over.

The other opener, Jake Weatherald (5), too failed to provide a steady start as he was caught and bowled by Boland in his next over. Travis Head and Jonathan Wells then took the charge and provided their side some momentum.

The duo took Adelaide Striker over the 100-run mark with Head completing his half-century. Both formed a 97-run partnership and Clive Rose handed Hobart Hurricanes with a breakthrough as he dismissed Head (79).

Harry Nielsen was the next batsman but got run-out after scoring five runs. Hobart Hurricanes did not let Adelaide Strikers form a good partnership and restricted them at 186/5.